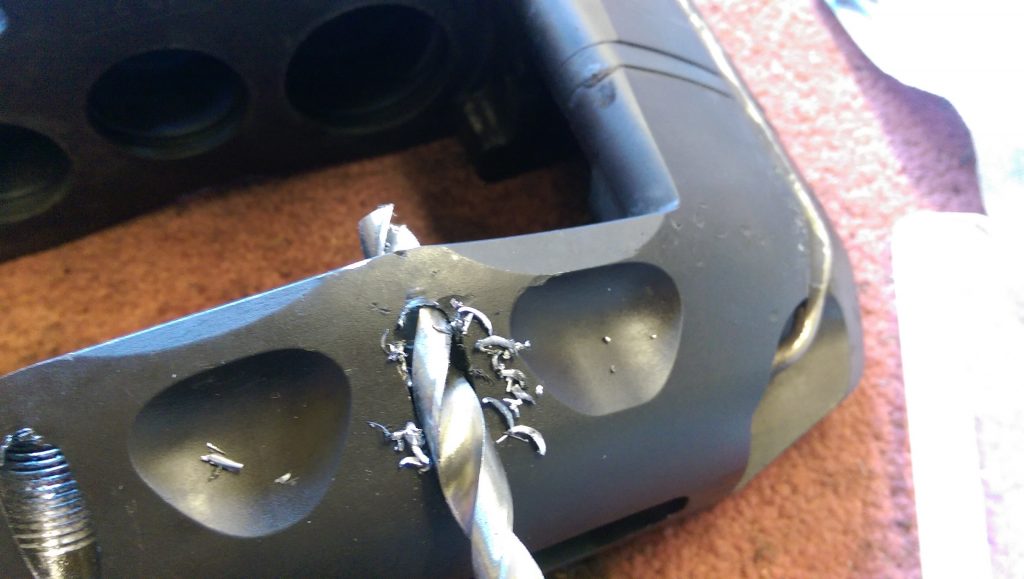 The design of the HiSpec calipers to give more wheel spoke clearance mean the pad retaining pins are bolts which are screwed in from the rear into a pretty small piece of Aluminium. I partially stripped both threads at Oulton when the friction material came away and wedged between the disc and the backing plate. The side loading on the pins made the bolt very hard to remove and I guess this caused the thread damage as both bolts on that caliper were really tight to remove. 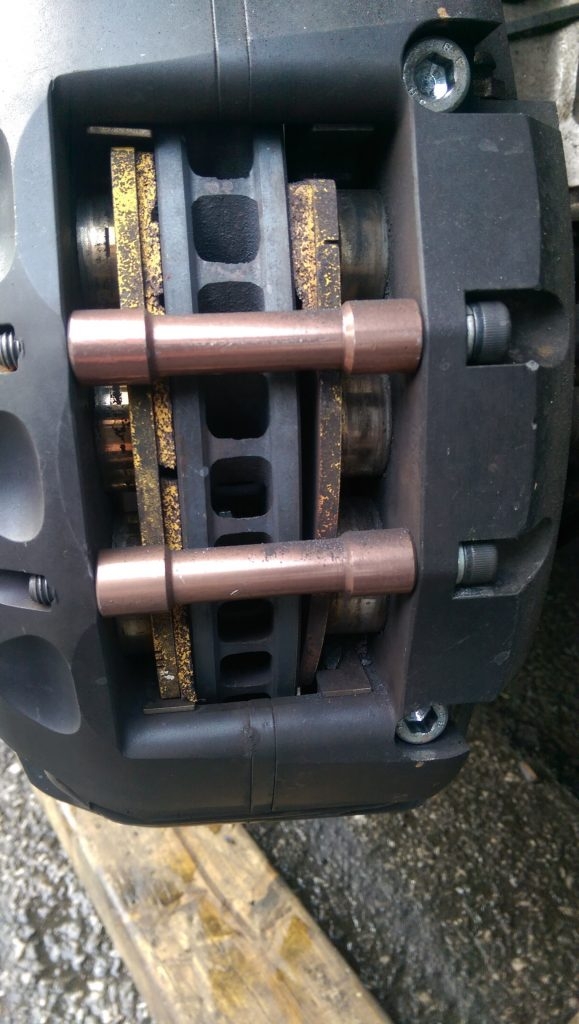 Not being able to properly tighten the bolt was something I needed to address. Caliper removed for overhaul anyway so I Helicoiled the thread at the same time. The thread was intact but you can see the damage. 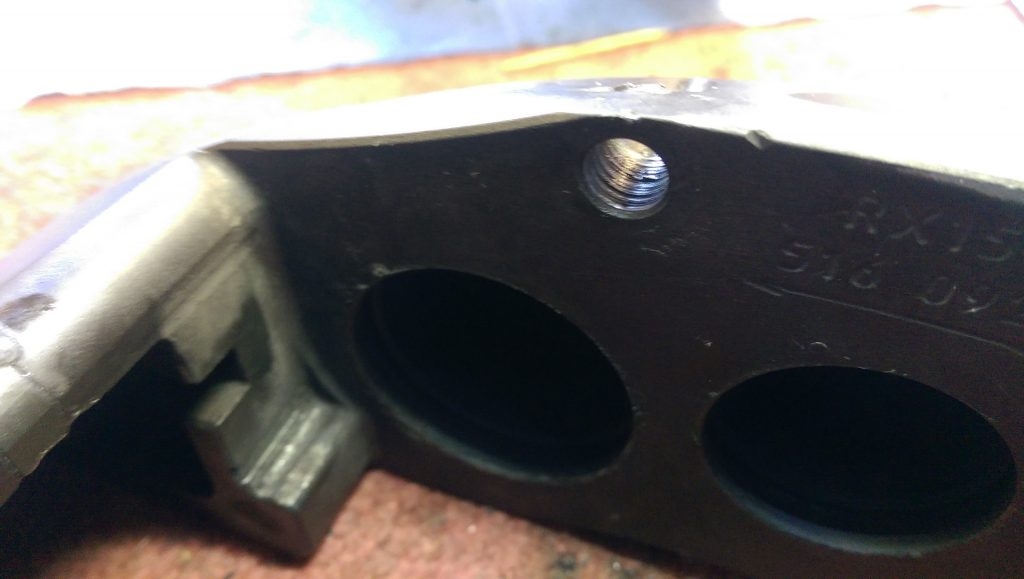 I used a cheap M8 Helicoil kit from Ebay, they work well enough and I`ve have no issues with them in the past. At work we use Keensert thread inserts which are absolutely fantastic but sadly there isn`t enough material on the outside of the hole to use one of those. 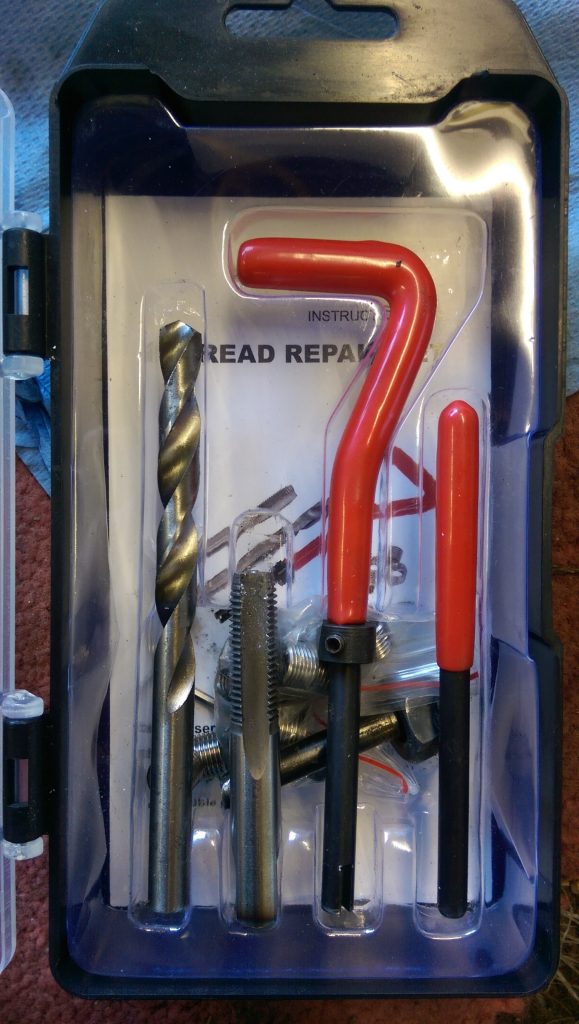 Splitting the caliper would make the job easier but I wanted to try it without disassembling. That meant drilling the tapping drill from the outside 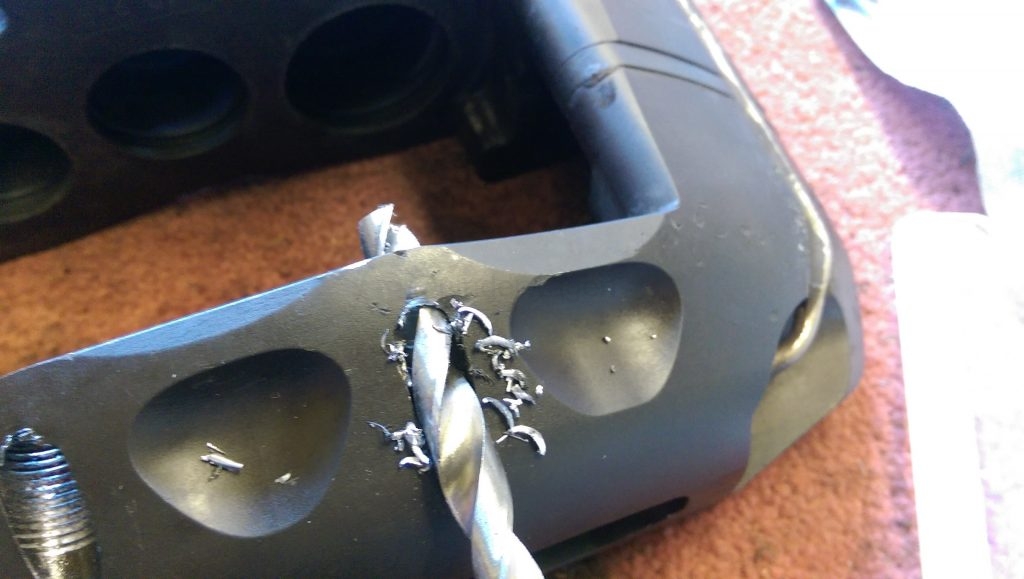 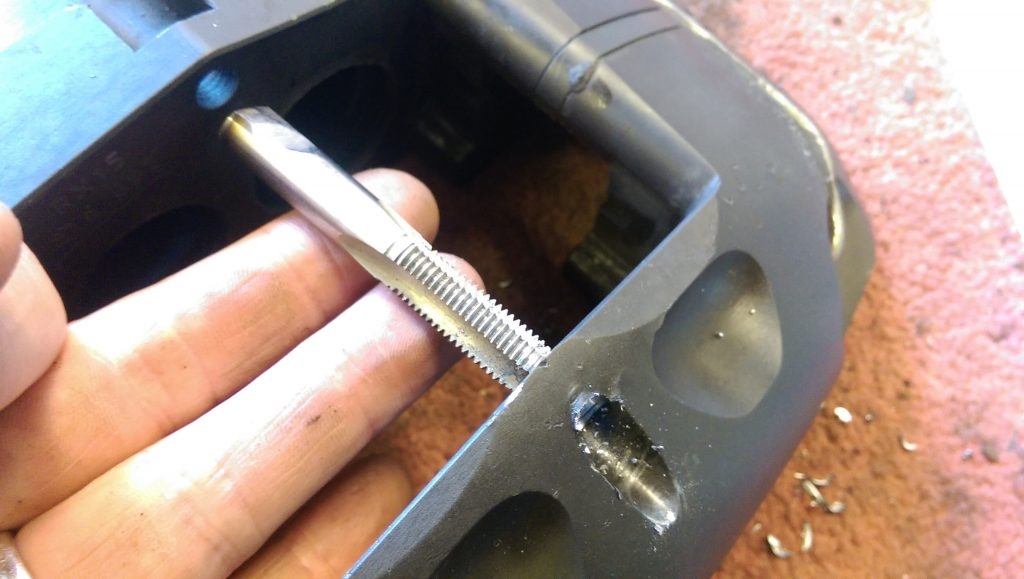 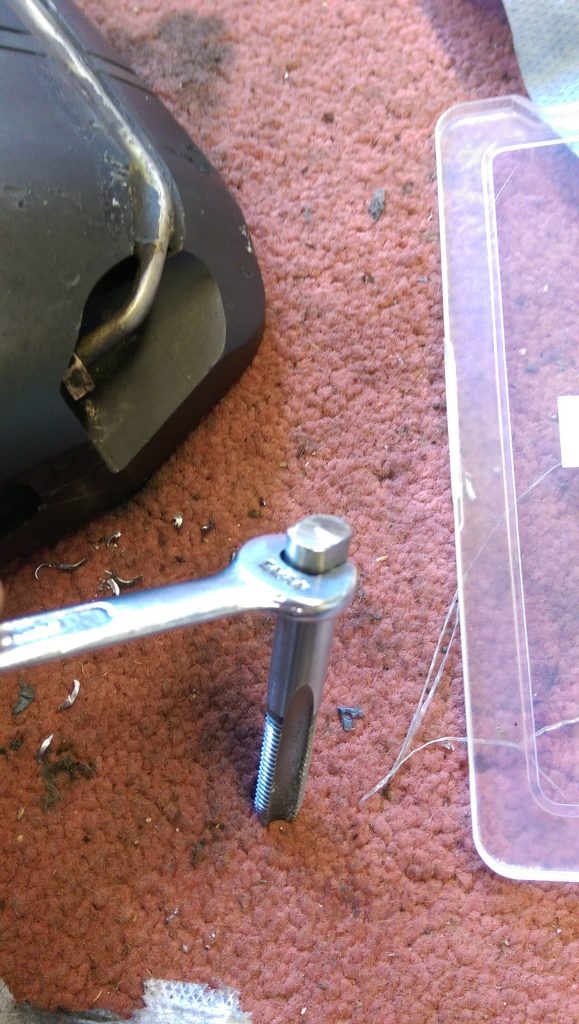 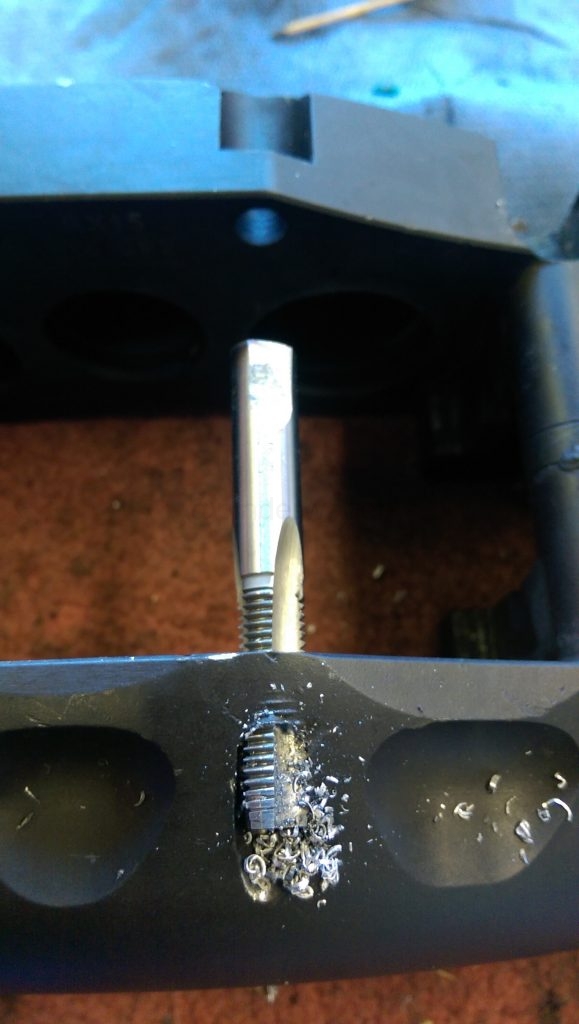 Tap removed and thread cleaned. Cleaning ALL debris out of the thread is critical otherwise the drive tang snaps off before the insert is fully in place. 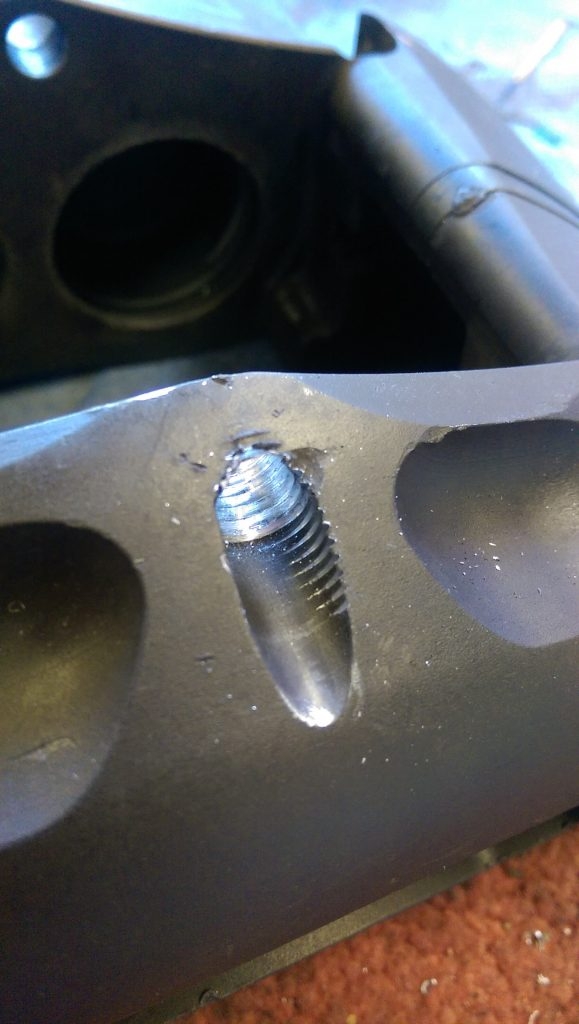 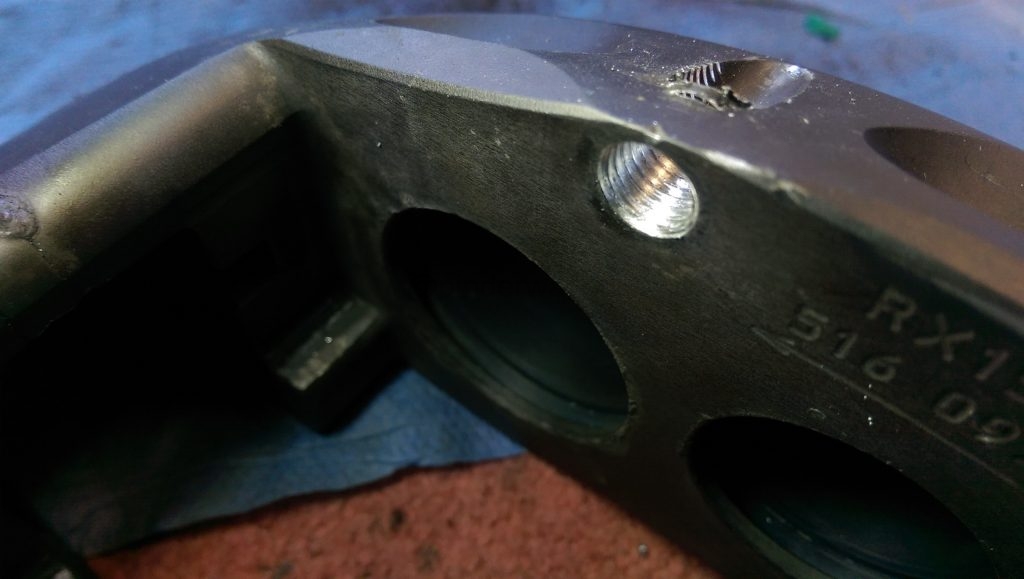 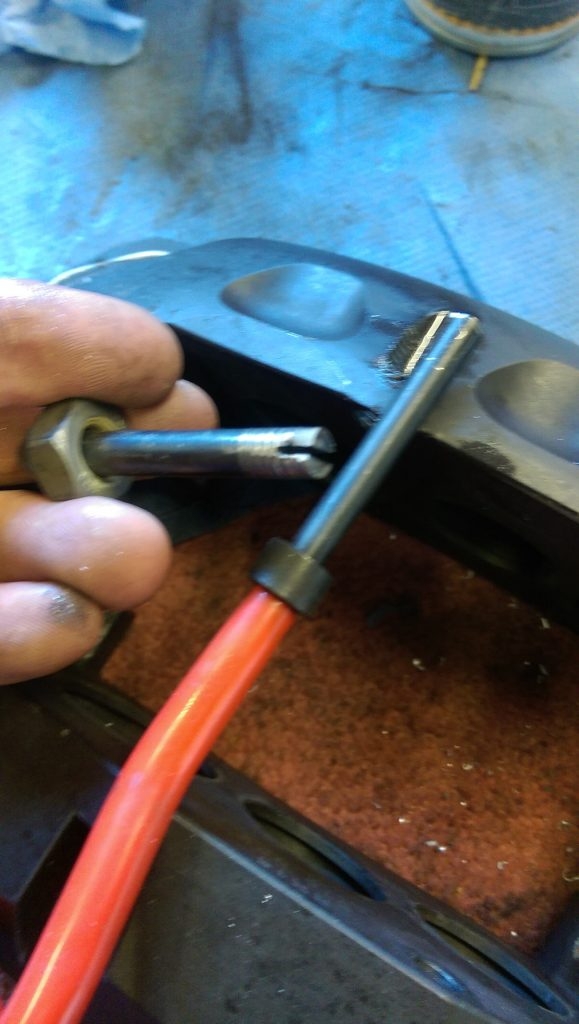 Started the Helicoil into the freshly prepared hole 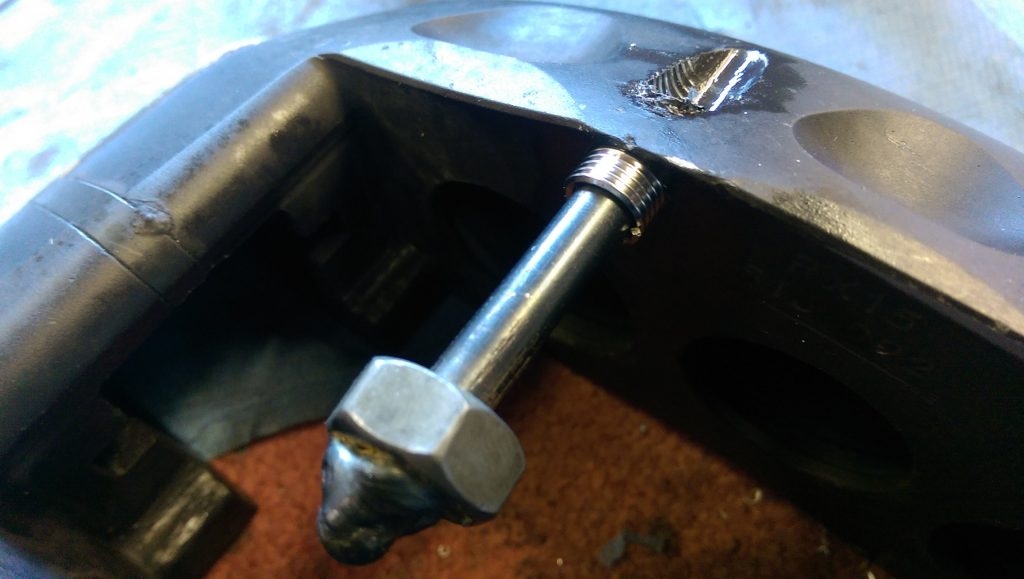 Once it was started I applied Stud Lock to the outside of the helicoil to ensure it remained fixed in place. With a blind hole this isn`t necessary but because this is just a through hole I needed to ensure I couldn`t simply wind the helicoil out of the other side of the caliper. Once in place I cleaned the inside of the threads to remove any excess studlock. 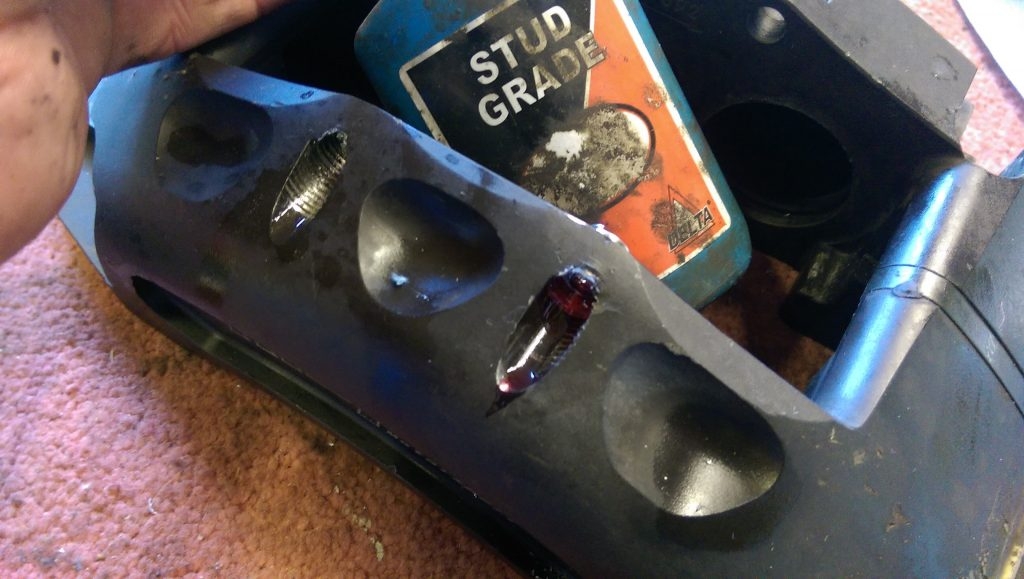 Due to the thread of the caliper not being as deep as the helicoil, as soon as it reached the open part of the hole it wouldn`t wind in any further 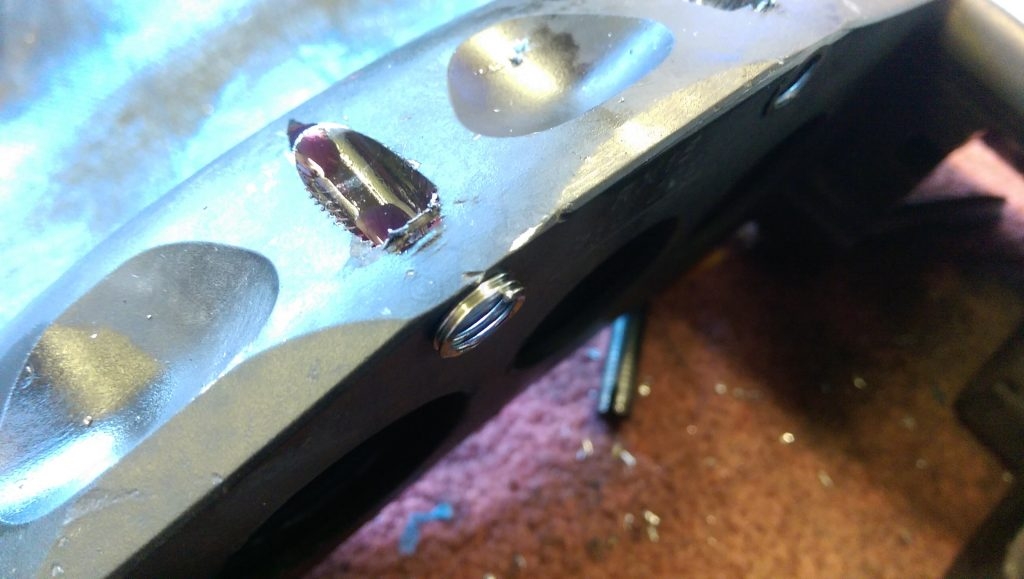 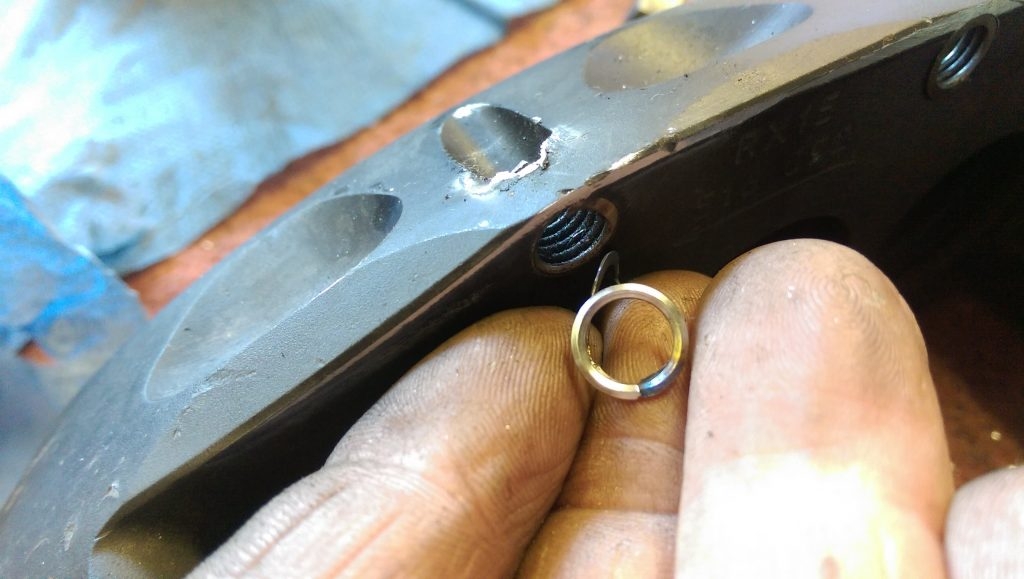 One repaired M8 Hole. The bolt tightens easily and as locking washers are used a massive torque isn`t required on them anyway. This is just as secure as the original tapped aluminium hole, if not slightly better as you are screwing into a stainless thread rather than a softer aluminium one. 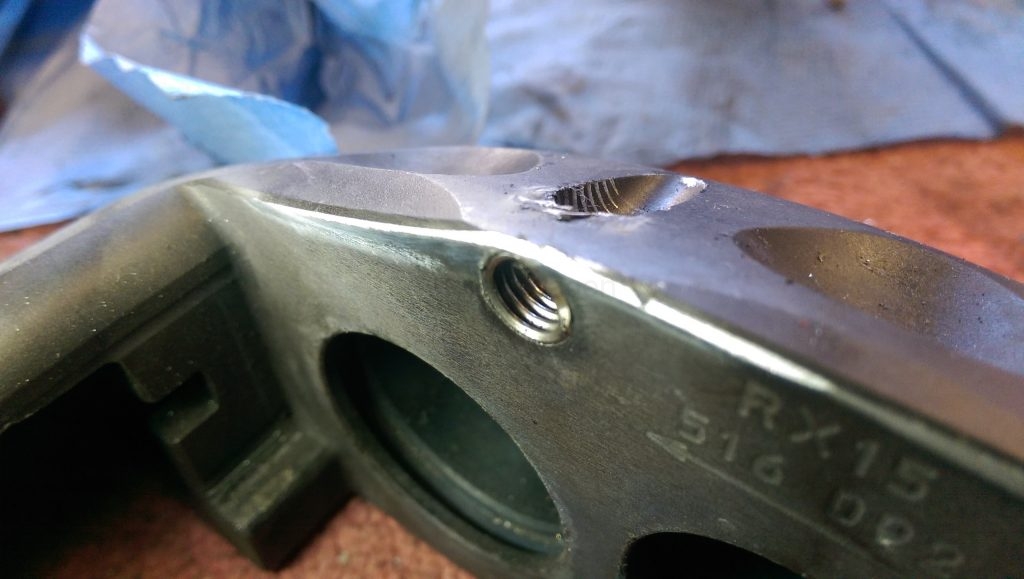