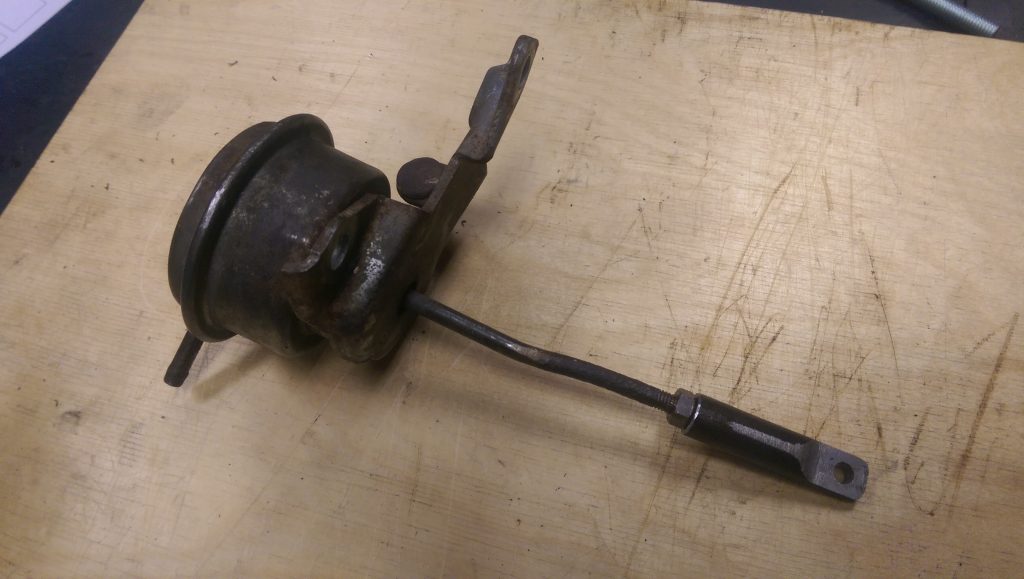 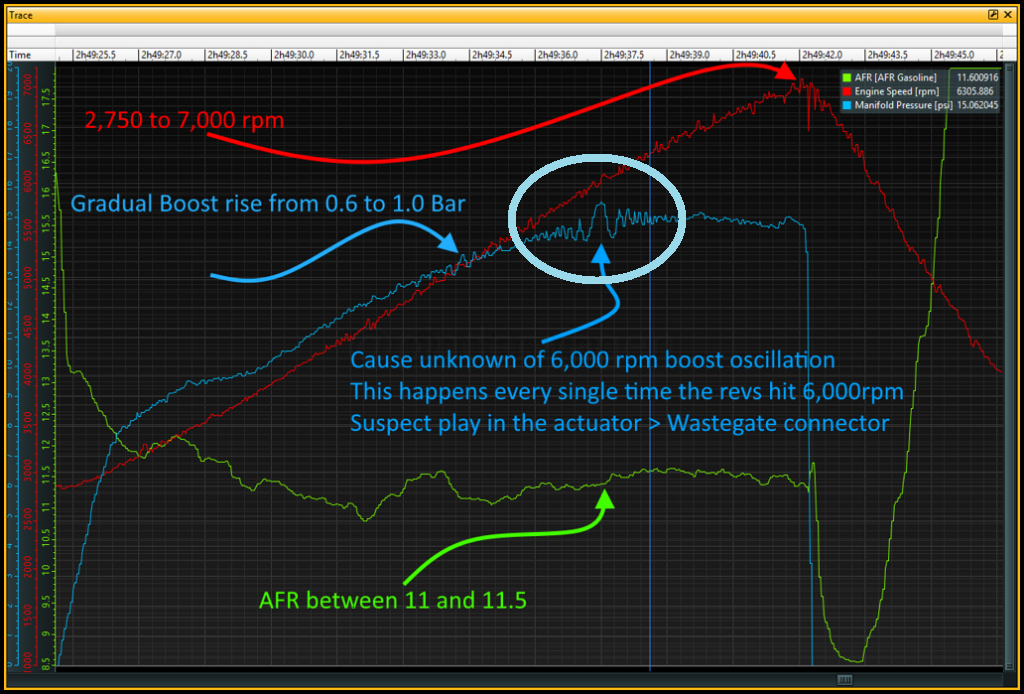 After removing the actuator to test it was obvious the wastegate Pin that the actuator connects to was worn which meant it could move around when the actuator was stationary and this caused the boost fluctuation. It also caused the numerous split pin failures I`d experienced over the last few trackdays, the excessive play in the pin meant the actuator arm could vibrate and wear through the splitpin. 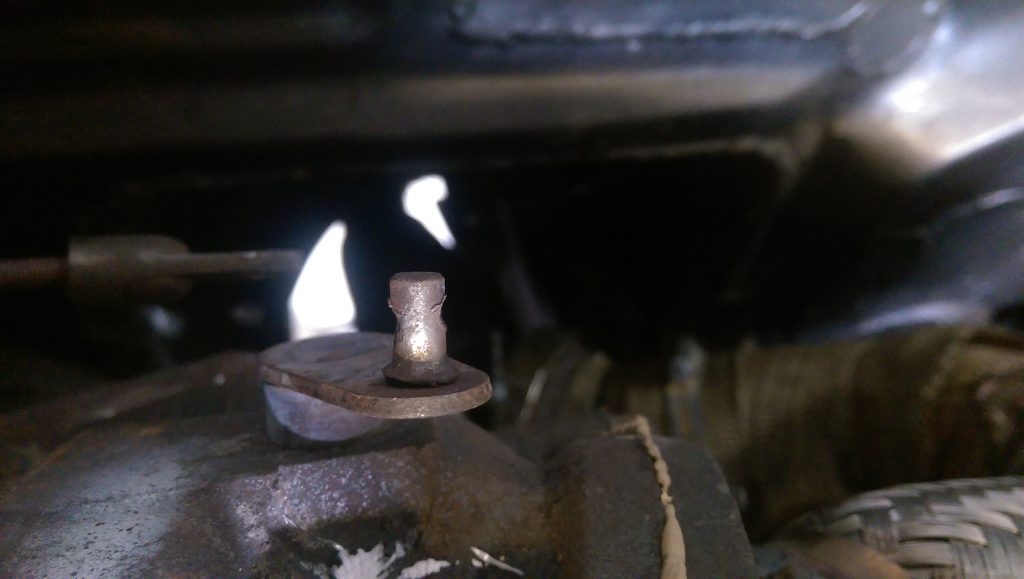 I ground off the old pin and replaced it with a bolt, nuts and some washers. Next outing and the fluctuation was gone and it won`t be wearing through that anytime soon 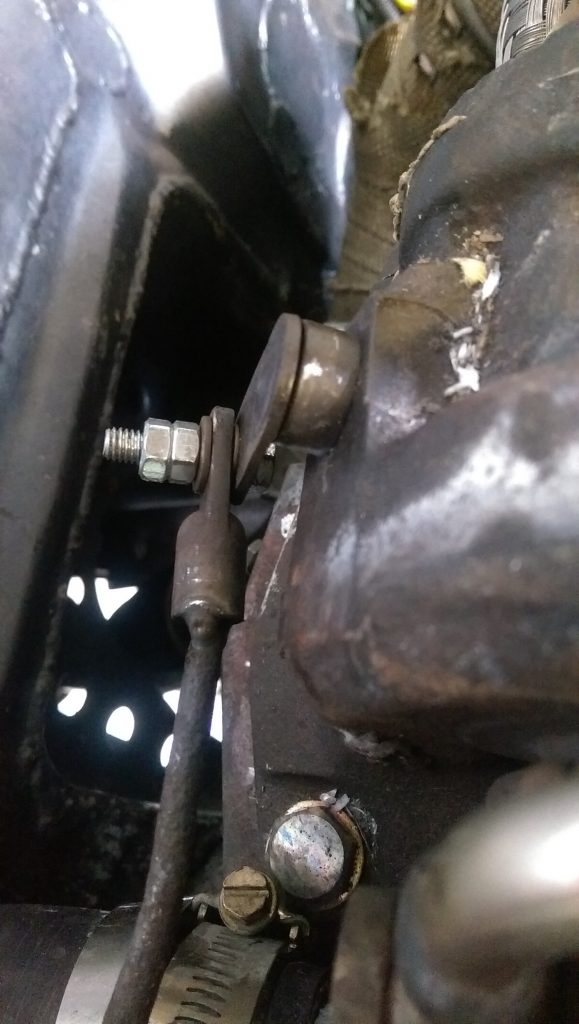 At DN16 I had the actuator thread strip and pull the actuating arm out of the connector. 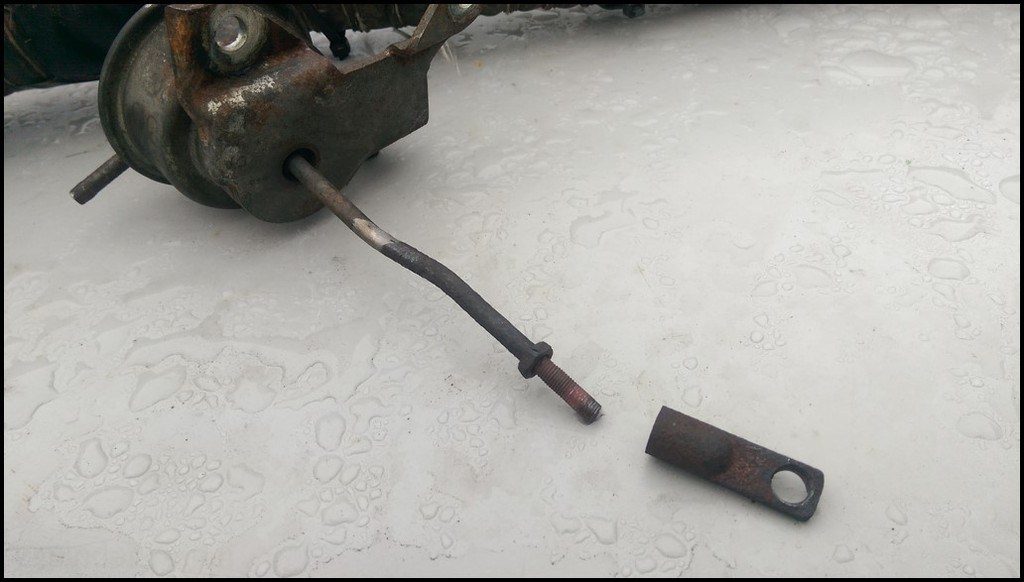 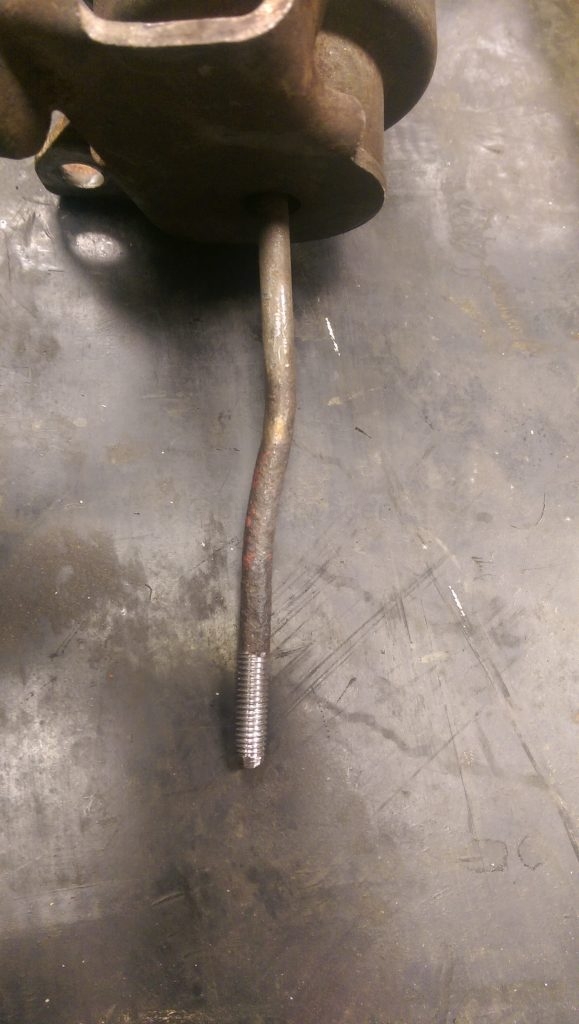 This meant the arm was shorted than before and wouldn`t screw into the connector on the end, so I cut a length of the same diameter round bar 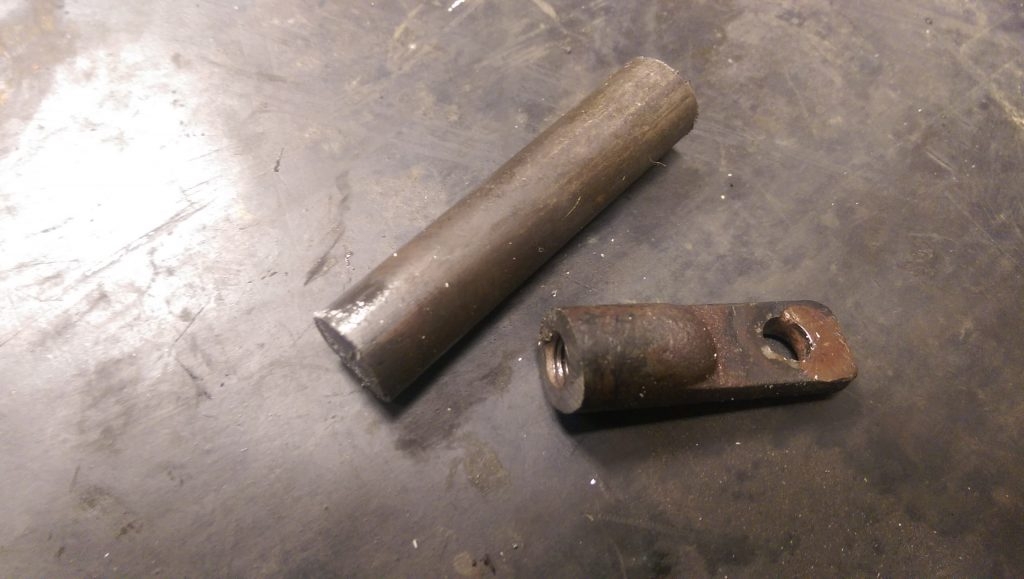 Drilled and tapped one end M6 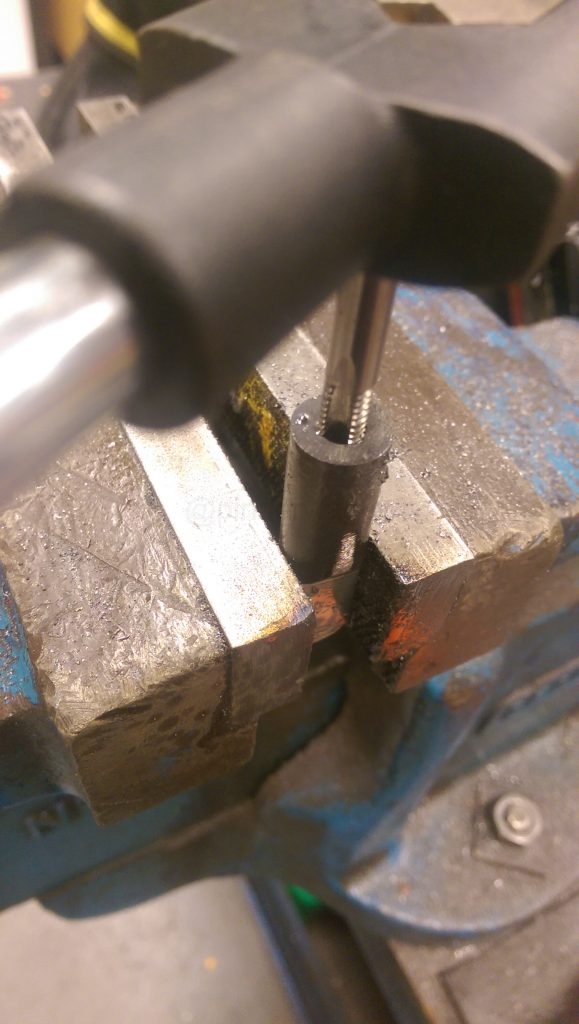 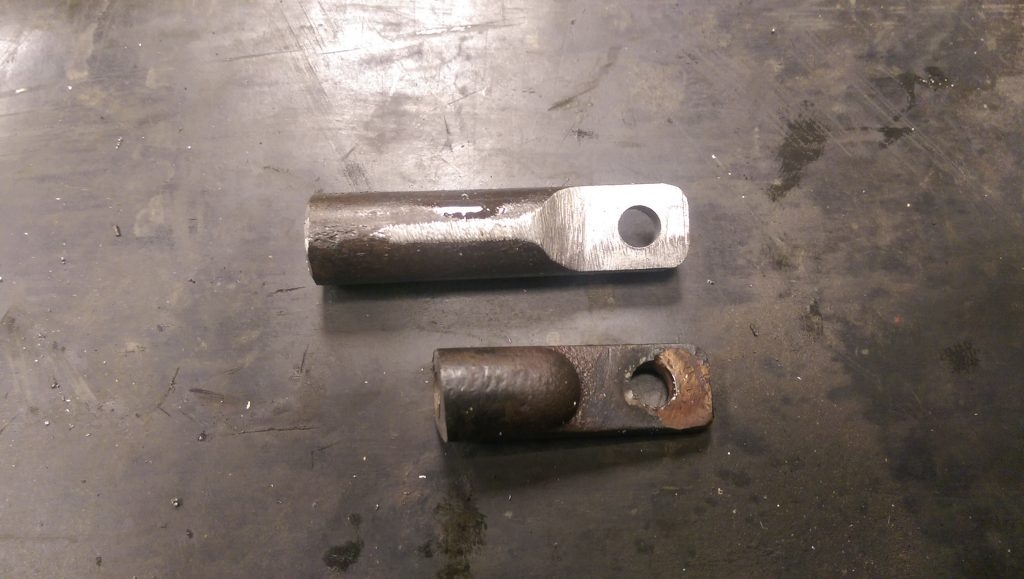 Fitted to actuator. The length from the Actuator to the hole in the end is still the same as before 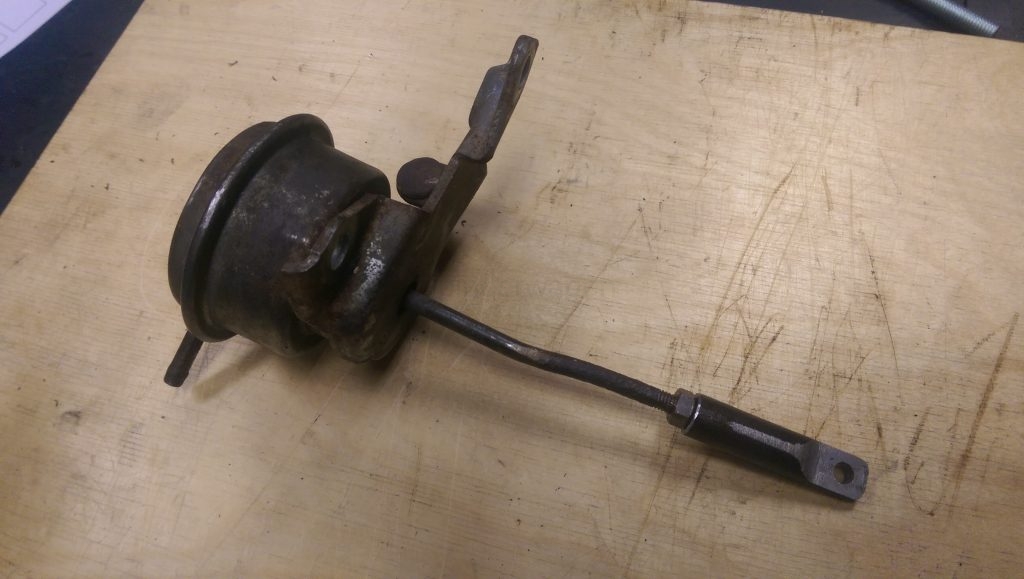