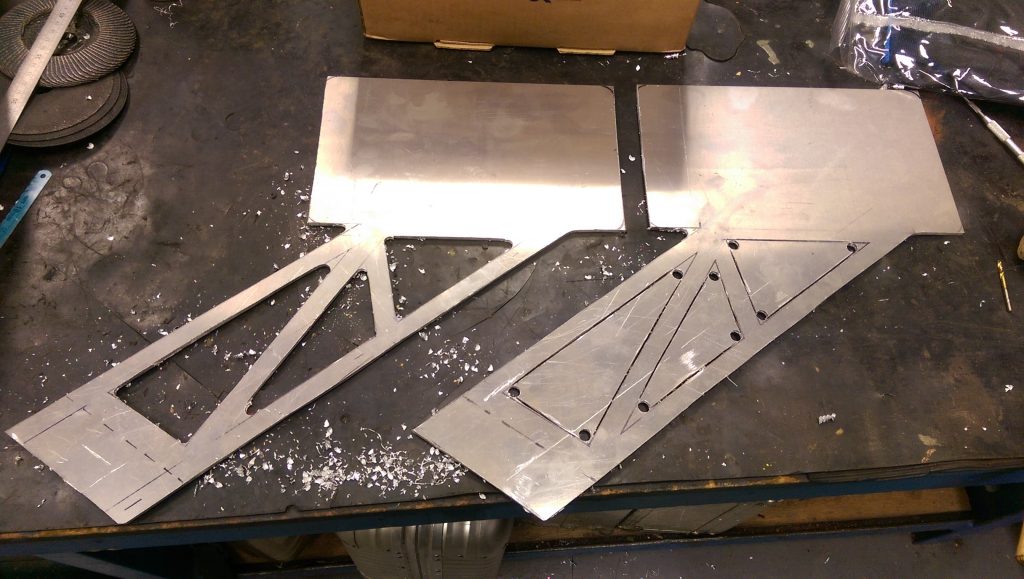 I wanted to move the rear wing rearwards and up into the clearer airflow. Previous supports were 3mm Aluminium but I increased the size to 4mm as I wanted them to be stronger due to the increased leverage from the longer supports.

The new wing location isn`t to give more rear grip, but hopefully by being in cleaner air it can be run at less of an angle and still give similar results due to them being more effective when mounted in cleaner air.

I made a template out of the black plastic I use for the door cards and when pressing on it to simulate load, the single rear stay bent first so I added the extra diagonal to triangulate it better. Not exactly cutting edge stress analysis but enough to see what bent first Using a washer, position so it just touches the 2 lines and draw around the internal hole. This allows marking of the centre of the hole to be drilled to make the internal corner a radius instead of a sharp angle. Centre punch the middle of the circle Repeat for the 2nd support Lay supports over each other to confirm both are the same Move one slightly just to check both are identical