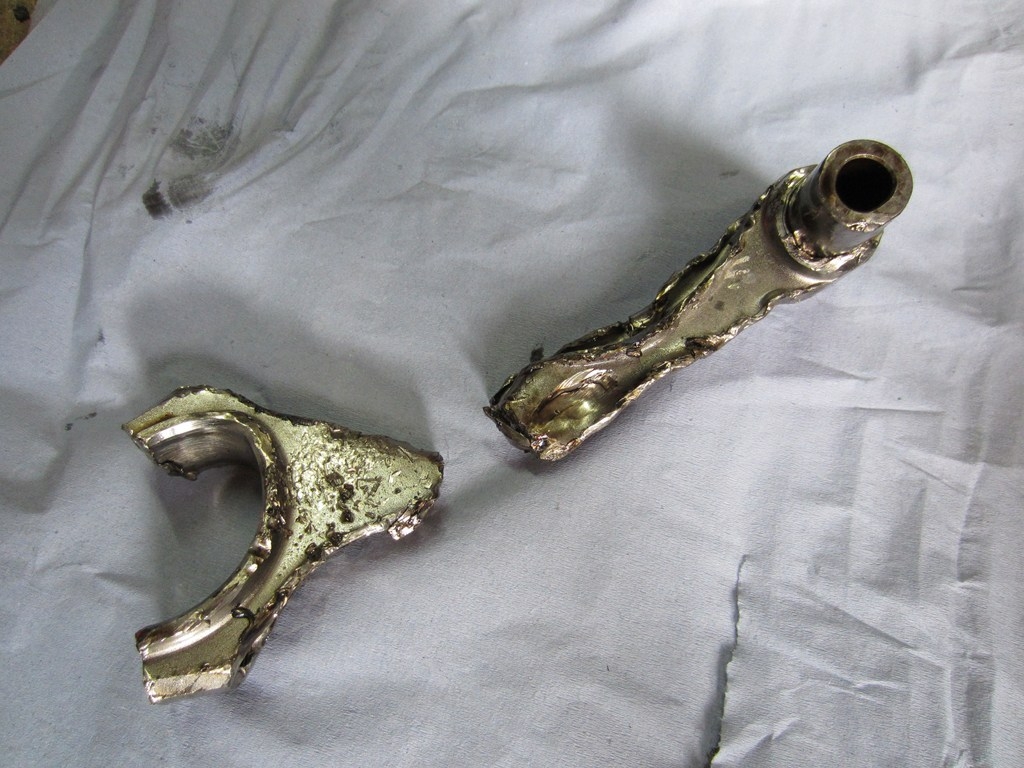 I could have gone for the slightly larger VW 2e rods, but decided the Forged ones would be a better option… Once fitted, the difference between them and the stock rod was obvious. After rebuilding the engine with the new rods, I ran it in, did Rockingham then Bedford where I had a piston C clip failure. Whether this was `one of those things` or builder error, I still don`t know. [:s] Rebuilt another engine and it` been fine for a few months.

I had a catastrophic failure at Goodwood….

Stripping the failed engine showed issues with the Conrod… I fished the conrod bolts out of the sump. General consensus seems to be that one rod bolt sheared putting massive stress on the other, which then bent, stretched and failed. The resulting inertia destroyed the rod, crank, block, piston, head, oil pump, intermediate shaft etc etc etc.

These are the rod bolts on another cylinder. these are NOT ARP bolts, just look similar. Initially, I spoke to the seller and asked if he could supply a single rod, I still had faith in them and was just going to get some ARP rod bolts instead. After his reply, I decided not to bother…

“do not blame me for the broken engine because I have no guilt. evident in everything that either do not understand these things or that you assemble the engine is incompetent.”

What I DO know is they were assembled properly. I used a very accurate, certified Torque wrench borrowed from work. Tightened exactly as per the supplied instructions and everything went together without issue.

Was I just unlucky ? Are they good rods, but crap bolts ? Honestly, I don`t know.

What I do know is that a friend who built his engine around the same time as me and also used these roads & bolts had an identical failure a couple of months after me, completely destroying the engine when one of the non-genuine Arp bolts failed. I still believe if the bolts were genuine ARP`s instead of being knock-offs the rods would have been fine and would have still been running.