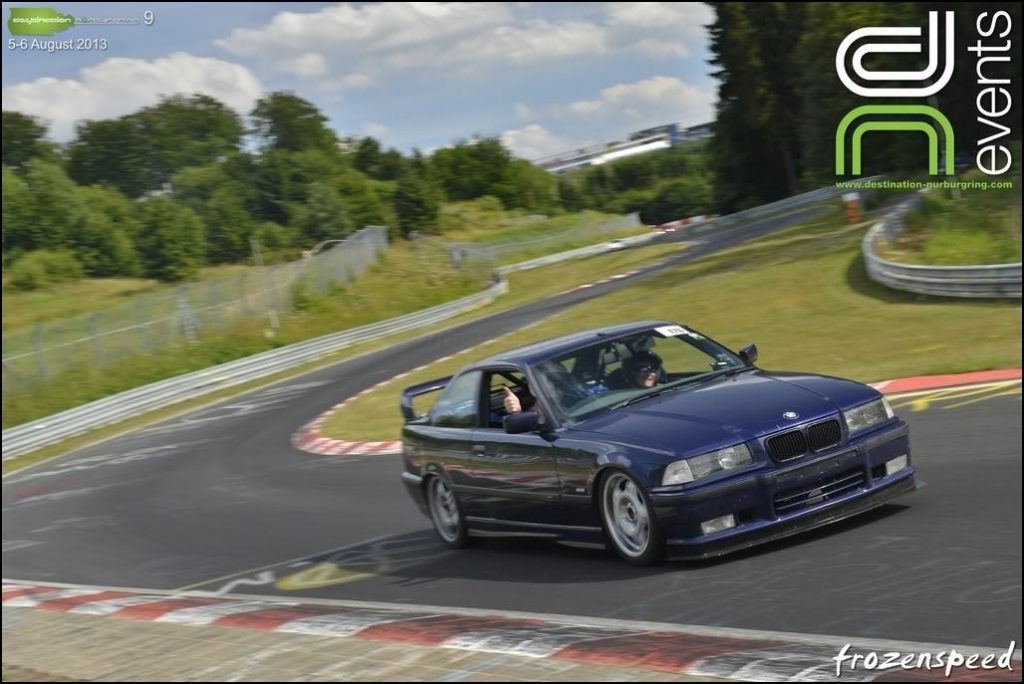 This is not VW content, but I think it`s worth posting in here as this trip was the reason I decided to change the direction of my development.

I`ve been going to the ring since 2005, have done over 1,300 laps and all have been in my Golf. My son, Matt, is also a petrolhead and rather than get a road car when he passed his test, he bought an E36 328i Coupe which we converted to a track car over the winter. He`s done a couple of UK trackdays since.

Obviously, having been to the ring so many times, he wanted to actually drive it himself ! The 328 isn`t taxed, MOT`d or insured, so TF was out of the question. That`s before the minefield of UK insurance on the ring rears it`s head.. The only sensible option was a closed trackday.

As I`ve done a DN event a couple of years ago and found it to be very well run, we settled on Destination Nurburgring 9 last week. The plan was for us both to share the driving of the 328. He`d drive the ring for the first time and I`d drive RWD. What could possibly…….

I spoke to quite a few people over the 2 days expressing my concerns about Matt driving on the ring. Not necessarily the first lap, I was in with him, but later, when he took passengers, I was concerned he might press on a bit to impress.

Apart from the first few corners with Ian H, he didn`t. At all.

I`d like to think the learning I did when I learned the ring and discussions I had with Matt at the time about lines sunk in. At times, I had to remember he`d never driven it before, but I was critiquing his lines from lap 1

Over the day and a half, we each drove 14 laps, the E36 performed admirably. The rear exhaust hanger broke, a mate sorted us with a spare. The front splitter broke a mount and the front indicator fell off

Rear spoiler needed some `bracing` adding on Monday night. Over 100mph is was bending quite noticeably ! Diff was breathing a bit over 110 and smelling. I`ll add a catch tank and vent for future events. It`s fine at UK trackday speeds.

We studied our best laps side-by-side on the Ferry on the way home and apart from a few corners where he goes in a bit too hot and loses time on the exit, there is hardly anything between our laps. I`ve done ~1,300, Matt has done 14..

I`m rather proud of how he took to the ring with his attitude to it and driving ability.

If the car was mine, I`d have pressed on a bit more in certain corners, but only a little TBH. Here is Matt`s last dry lap of the day. It`s his 14th ever and Ian is the passenger. As always, much better if you change the quality to HD.
http://www.youtube.com/watch?v=xUEoZn8qXxU

My best lap session was my last of the day, I was starting to get the hang of the car. This is the 3rd lap of 3 with me following Lizard..

I`m driving Matt`s 328i, Alex ahead is in his M3. He lifts on the long straights to make the laps closer.

I have a passenger, he`s solo.

After this session I told him his brake lights had stopped working. It`s disconcerting following someone without brake lights

3 of the most enjoyable laps I`ve done at the ring for a long time. This is the final lap, we still had traffic in a few key places, but I still didn`t expect to do an 8:13 !

I`m indicating at the start of the lap as I was going to go ahead and he would follow me, but we decided it would be better if I followed him instead.

This was my first time on the ring in a RWD car, it wasn`t mine so I do lift in a few places that I`d have pressed on a bit more if it was my car. A few of my lines are still FWD and I understeer a bit because of it.

The inclusion of photos from Frozenspeed is a big plus point IMO and very appreciated.

I don`t think Jochen is too happy with photos of drivers / passenger waving at him. He even `hid` in a bush on Tuesday so Matt and I couldn`t see him and wave.

There is no other way Matt could drive the ring apart from a trackday. Some people have complained they are too expensive, I disagree. We did enough laps to almost `break even` with the ticket prices. That`s before you take into account the clear lapping, insurance issues and good weather Darren always seems to organise..

I drove the E36 for the first time at the ring. I did 14 laps and on the last one, we were held up after pflanzgarten. If I used the last section from any 3 other laps, that equates to a pace of 8:06. On my 14th lap in someone elses car.

My fastest I`ve ever done in the Golf is an 8:21 and that`s in a car I know VERY well. When looking at the data, the E36 is no faster on ANY corner, it`ll all made up by the torque and power. Whilst showing the Golf is good in the corners, it also highlights that I`m losing time on the straights to a well built, low cost E36. I`ve always concentrated on improving my driving then the car`s Handling, leaving the power improvements for last. It`s easy to go quicker with more power, but I strongly believe a low powered, well handling car helps you improve as a driver as you need to carry the speed, so you focus on the corners and technique.

This trip really highlighted to me that (a) the Golf would benefit from more power and (b) Matt will be quicker than me at a few circuits and he`s only done 3 trackdays. (b) is obviously unacceptable !!

The search for more power begins in earnest…