I`ve been very fortunate to be able to take out passengers who are part of  Mission Motorsport.

“The Aim of Mission Motorsport is to aid in the recovery and rehabilitation of those affected by military operations, by providing opportunities through Motorsport.”

One of the ways they engage with people is to run events where People like me take their cars is give passenger lap experiences to people new to the Charity. Not only does this open the door on circuit driving but it`s a platform for Mission Motorsport to explain what they do to people in person and let people already involved in the Charity talk to those who could benefit from it.

The whole point of these days is to turn blokes’ lights back on. Help them, connect them with opportunities that can enhance their recoveries. Race, Retrain, Recover. Blyton was an entry ‘experience’ event.

I was delighted to be invited so I loaded up the Golf and drove across, and unloaded ready for the day. 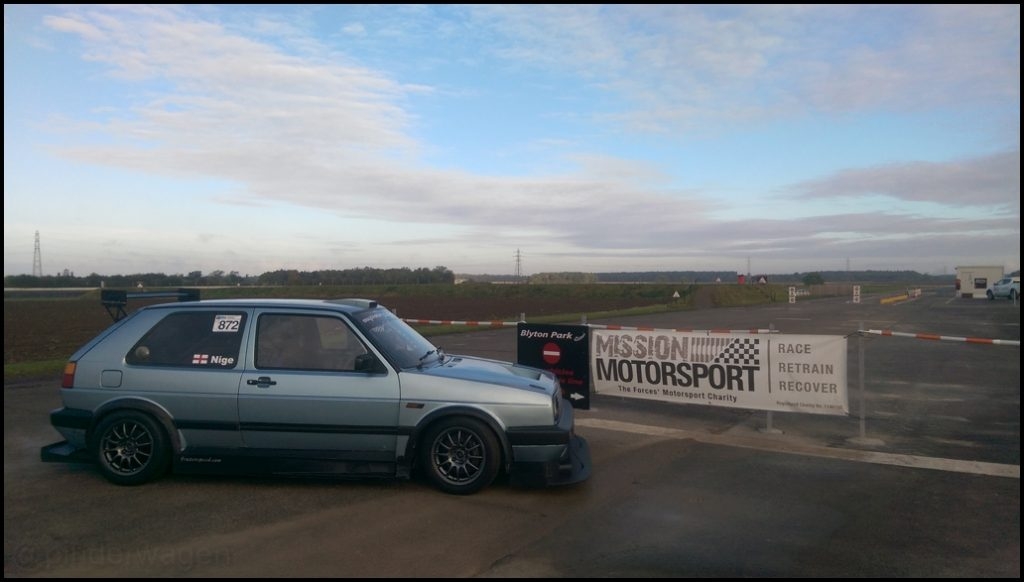 I`d only had a few days off work since returning from DN16 so I made a new splitter and replaced the bumper but the mangled side skirt had to stay. The passenger side looked alright though 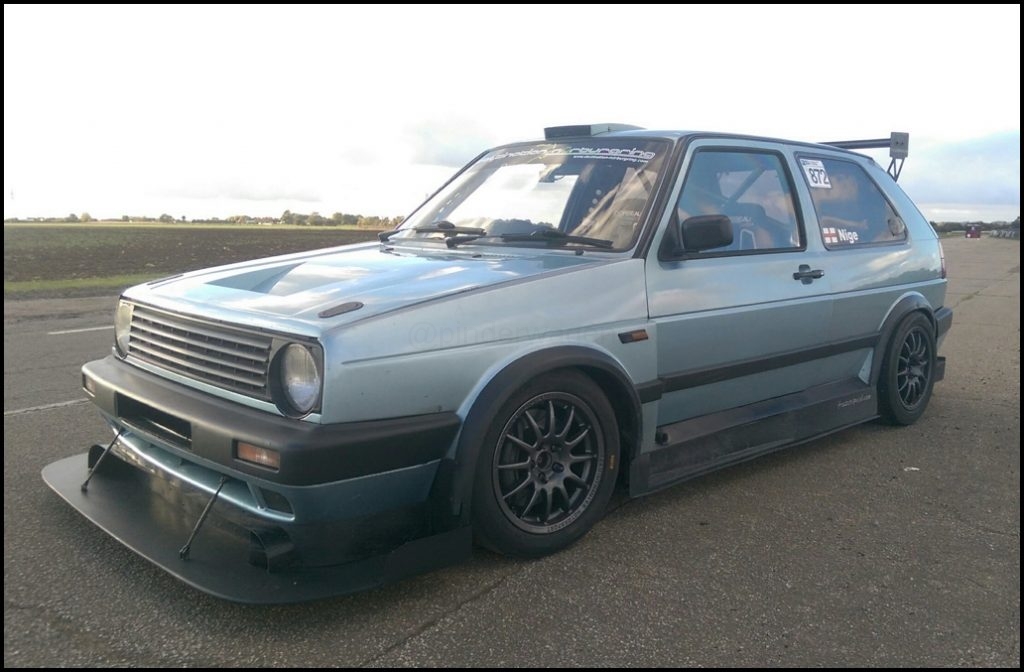 We were given a briefing by one of the founders of the Charity, Jim Cameron and Richard the owner of Blyton park who explained to us the importance of talking to the passengers and making them feel at ease. We were also told in no uncertain terms that having an `off` was not something that should be happening today… 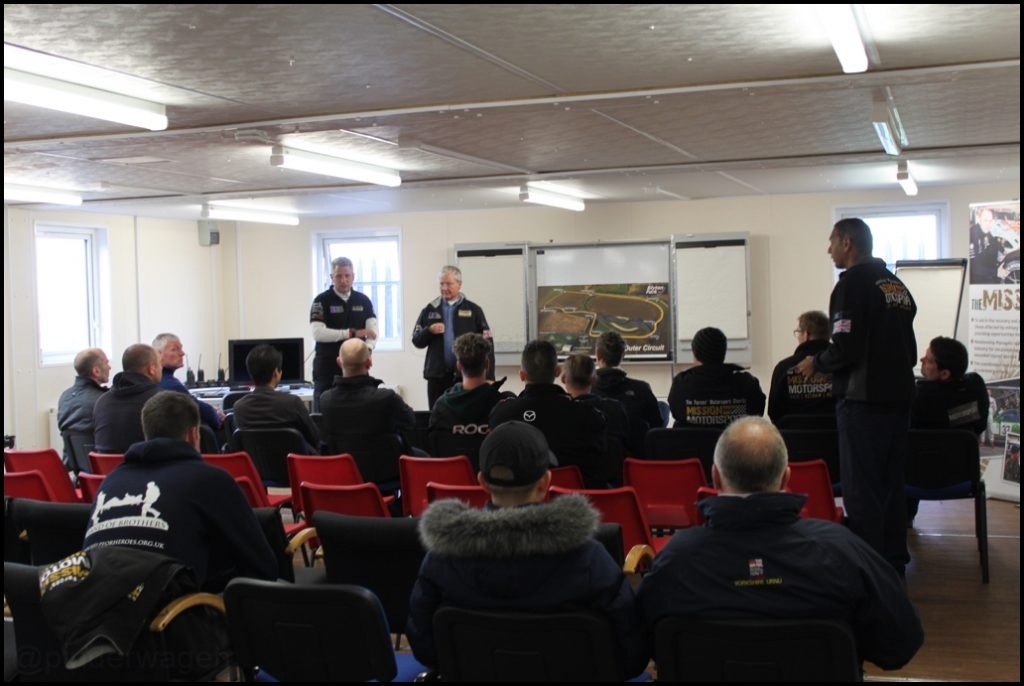 I went out for a couple of laps by myself just to get some heat into the tyres and check everything was OK. 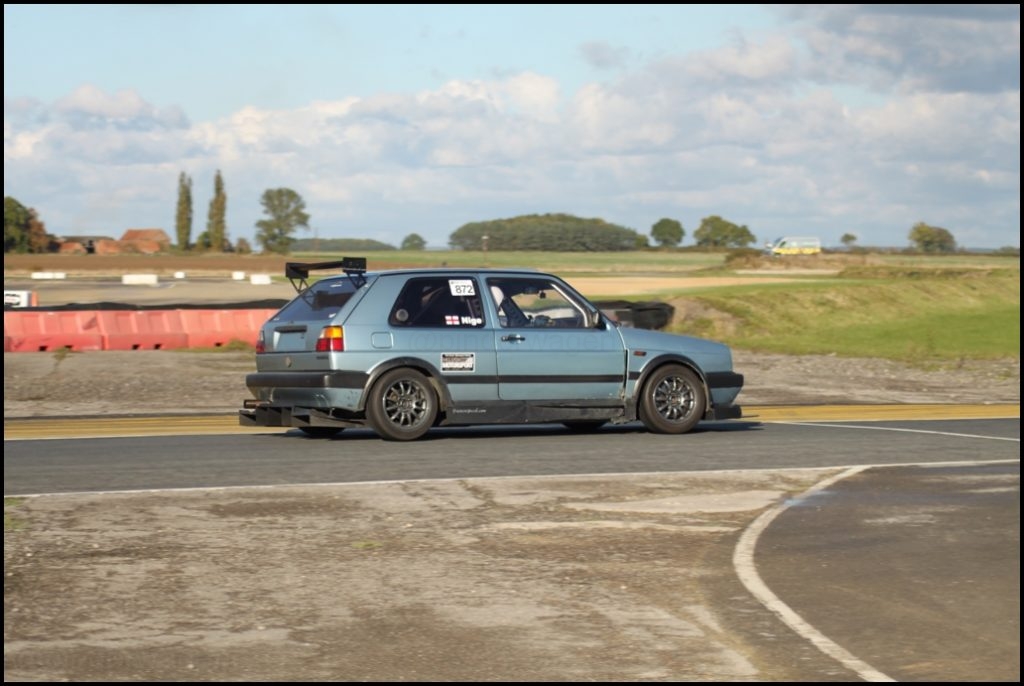 The rest of the morning was spent taking people out for 4 laps, back in, swap passengers and straight back out again. 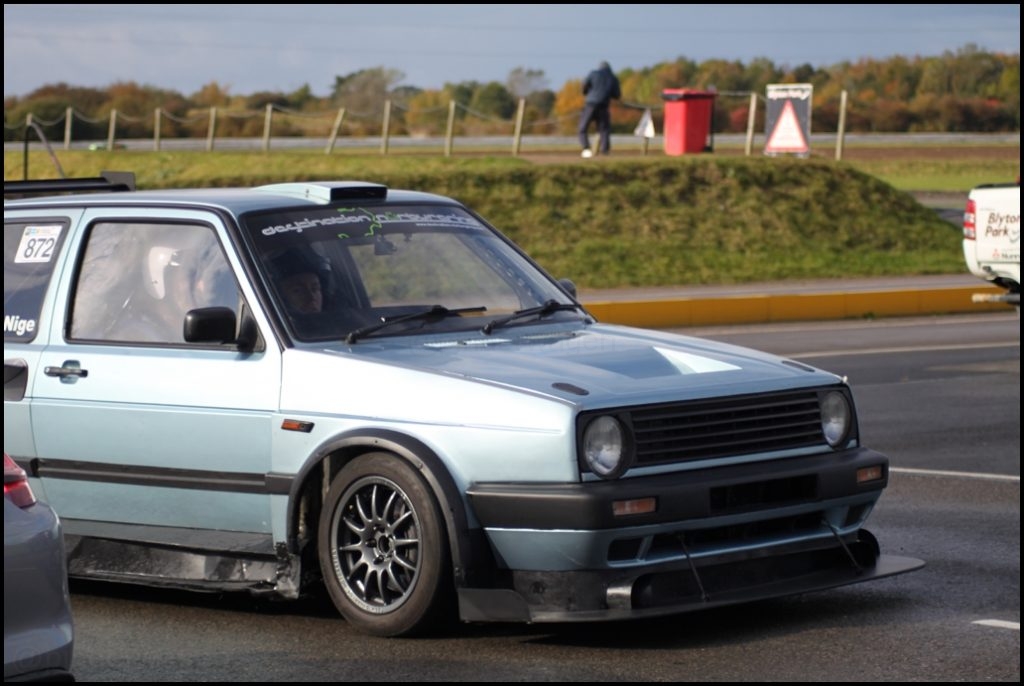 It was a privilege to be able to take out Jon-Allan Butterworth for a session. He is the first British serviceman injured in Iraq to win Paralympic gold nine years after he lost his arm following a rocket attack in Basra. Not only that but he`s a really nice bloke too as was every since person I met throughout the day. 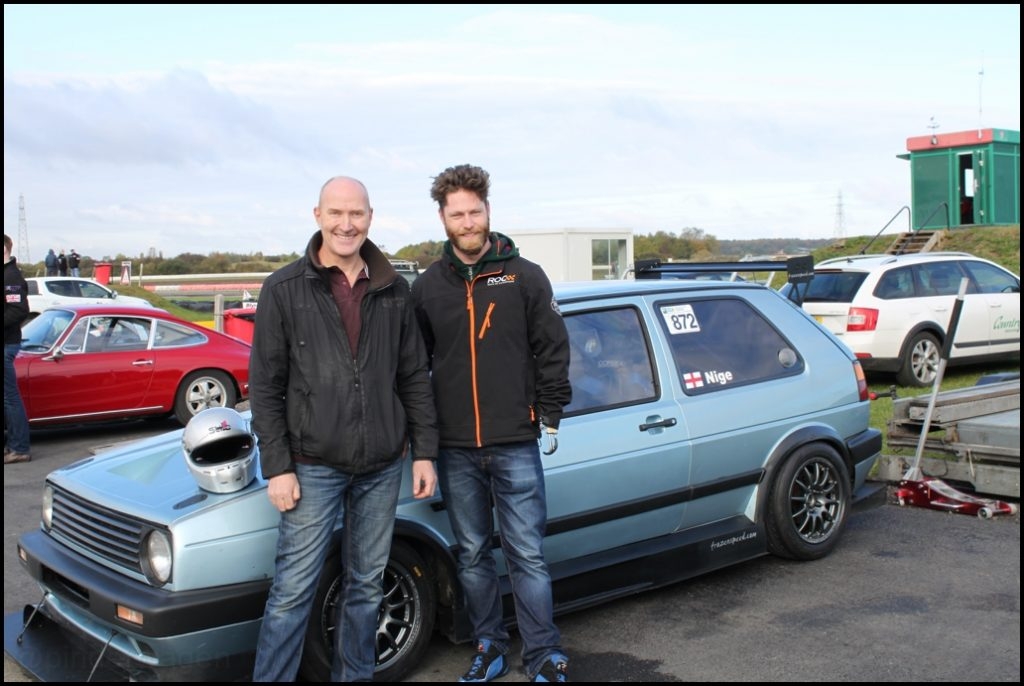 Whilst strapping people in and during the laps I was talking to the passengers and it was humbling listening to their stories and what they`d been through. 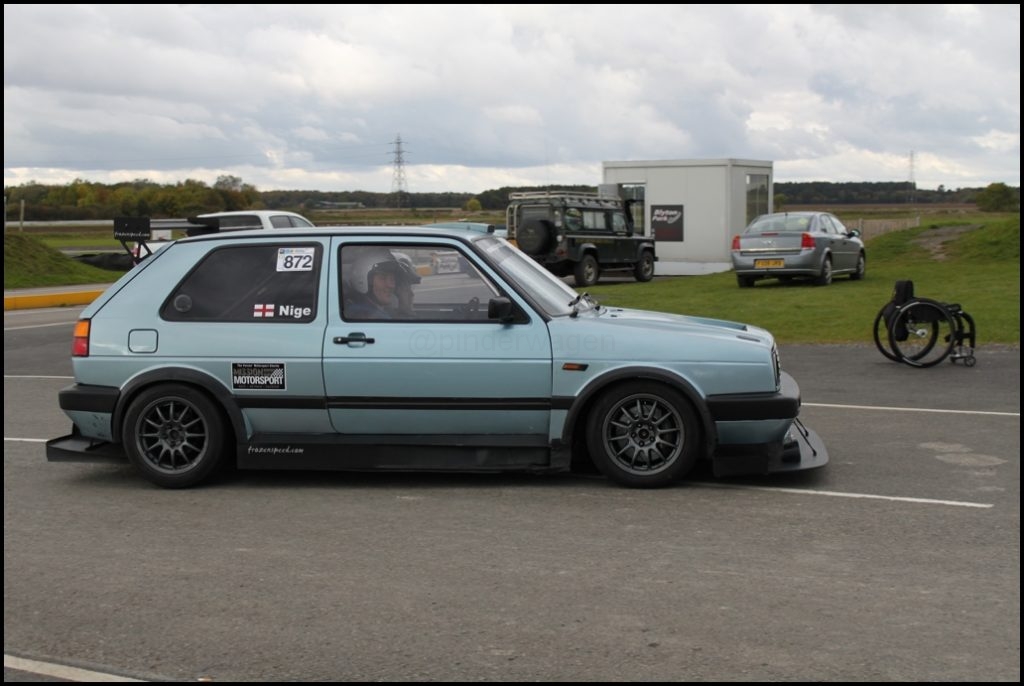 No incar video from this event, it isn`t appropriate for me to be posting the discussions we had online but Isabel was there taking photos from trackside. 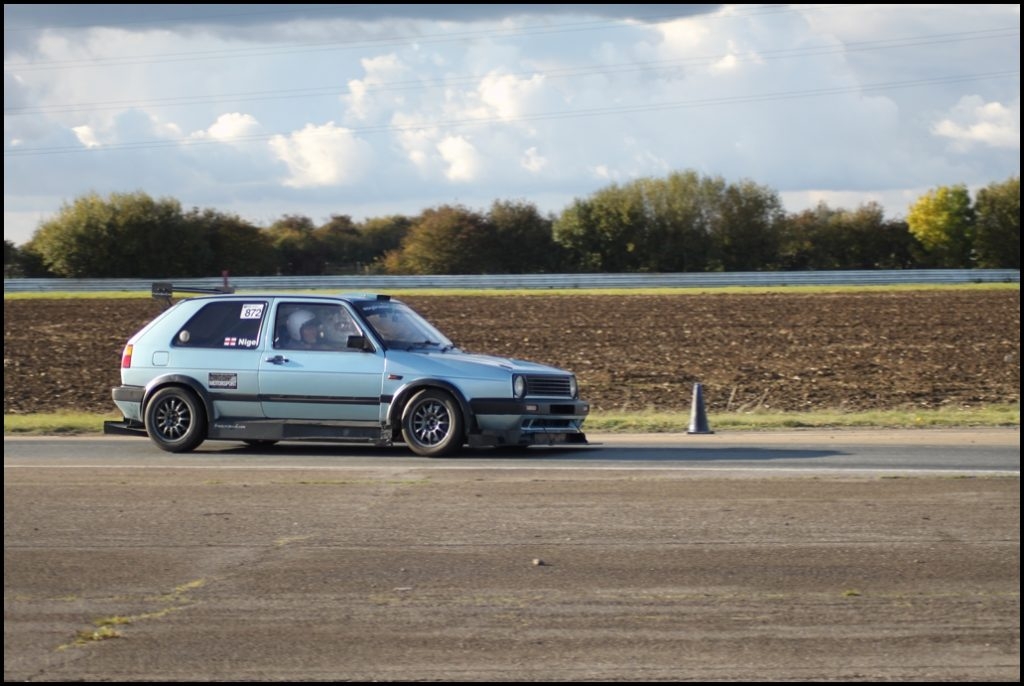 Whilst I`d gone for a bite to eat, a sticker was applied. 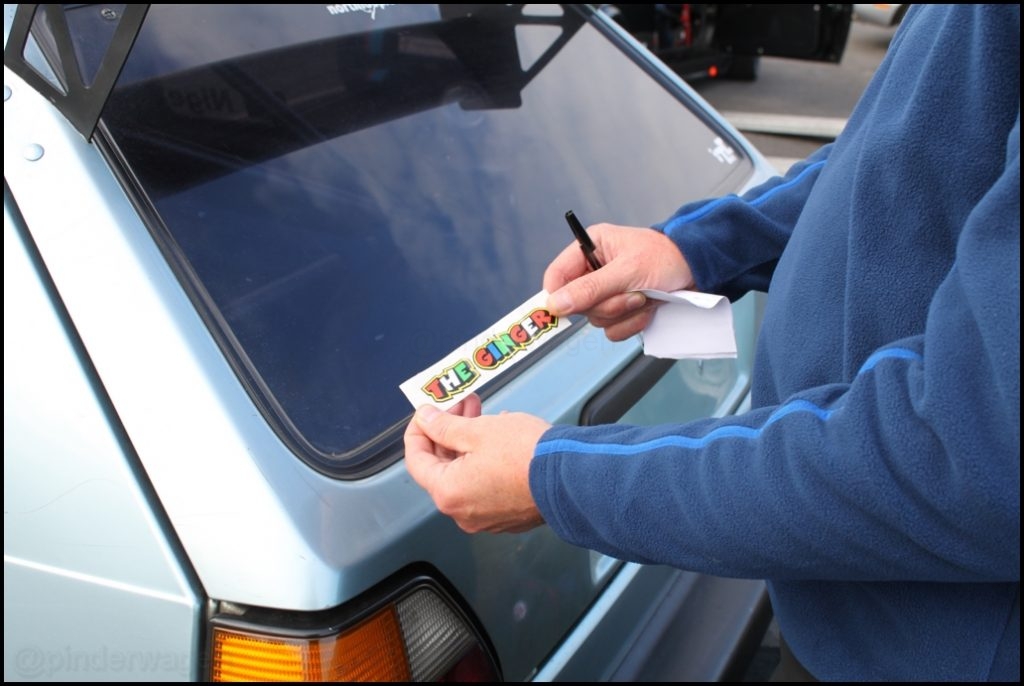 Yes Mr Boulder, I know it was you 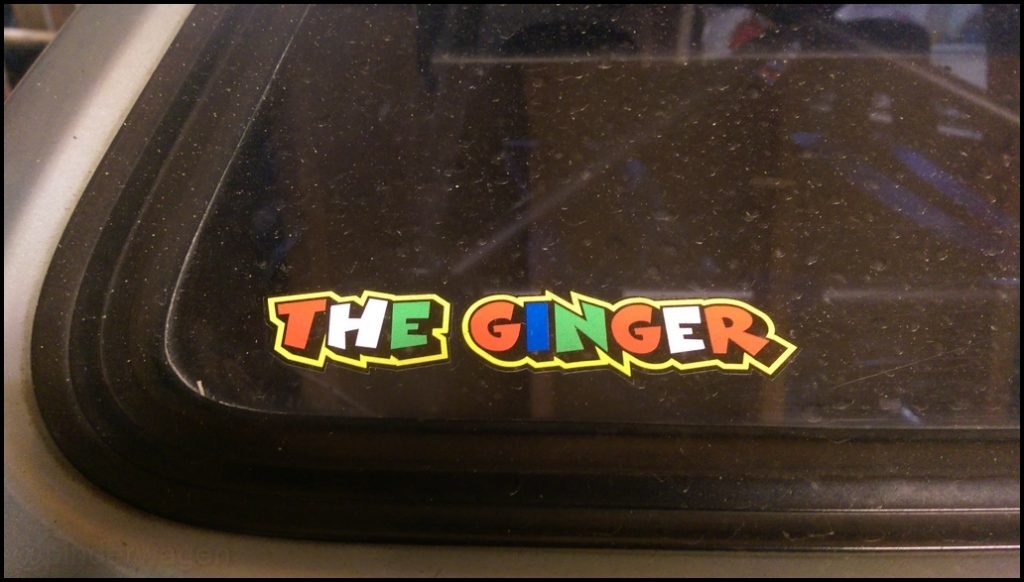 At lunchtime Jim presented Richard with a Thank You for all the incredible support Blyton Park has given Mission Motorsport since it started. No, it wasn`t the McLaren 😉 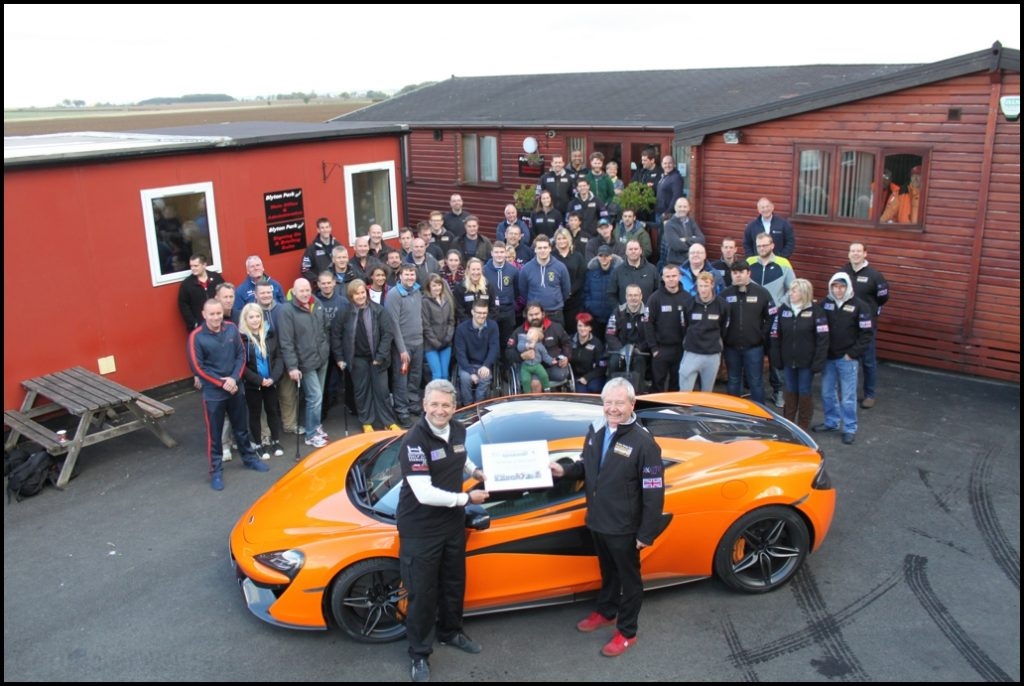 As the day drew to a close I had a few people come up to me and ask if I could take them out again. I was more than happy to do this and they certainly enjoyed themselves !

The day finished leaving me with some unexpected emotions. Not only was it an opportunity to help such a worth cause but I came away feeling a little guilty that I felt so good afterwards after seeing the reaction on the passengers faces after talking to them and taking them for laps.

I was doing this for someone else and the point of the day was that THEY came away having enjoyed the experience but as I told Lou that evening, it was one of the most rewarding days driving the Golf I`ve ever had.